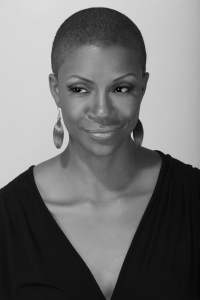 Singer, songwriter and producer Dionne Kirby (professionally known as Dionne), is a contemporary soul-singing recording artist, whose songwriting skills caught the attention of Billboard, with her first EP release “Living In The Music”. Dionne has performed in various major cities throughout the U. S. including: New York, Chicago, Washington D.C., Philadelphia and Atlanta and has graced the stage with respected entertainers in the industry, such as Jennifer Holliday, Jillian Michaels, Tanya Blount and Niecy Nash. With her upcoming new album being released independently, Dionne will captivate audiences with her signature melodic vibrations and uplifting lyrical content.

A native of Dallas, TX, Dionne attended the Booker T. Washington High School for the Performing and Visual Arts (also known as Arts Magnet), where former incomparable alums, singer Norah Jones and Erykah Badu attended. An avid writer, she earned the Editor-in-Chief role at Arts Magnet, where she was chosen for studio recordings with the acclaimed Dallas Black Dance Theater. Her classical training and vocal technique made her one of the sought-after upperclassmen at her school, where she acquired her first professional gig as a background singer, which steered her in the direction to perform at the prestigious Fairmount Hotel’s Venetian Room and invitation to sing at Carnegie Hall with her high school choir.

After graduating high school, Dionne attended Lincoln University in Pennsylvania, majoring in English and Education. Although she was an astute academic student, her desire to pursue her love for music increased. Following graduating from Lincoln University with her Bachelor’s degree, Dionne received opportunities to sing background for gospel star LaShun Pace and was lead vocalist for The Odyssey Big Band, singing jazz arrangements of Aretha Franklin, Natalie Cole and Norah Jones. For Dionne, music is the essence of her being as she states, “I wake up every morning singing—whether I’m excited, furious, confused or whatever else I might feel. There is music in my head, coming out of me all of the time.” Along with following her passion in music, Dionne has worked extensively with young girls as the Deputy Director of an arts and academics program in Washington D.C.; to help young girls with their self-image, leadership skills and sense of purpose. She was also a teacher for many years working in the Baltimore area. Her musical pursuits have helped catapult her to continue her educational outreach in helping young girls to follow their dreams whether in music or academics. 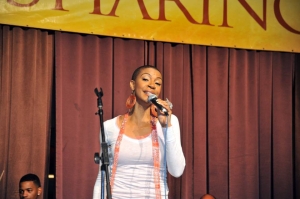 Dionne’s gift is the ability to express thoughtful themes in simple yet poetic terms. In 2010, she developed her own publishing company, Lyrics First Music to help fulfill her gift of songwriting. “The words and thoughts you share are very important, especially the way they are received by young people. Whether I’m 53 or 93 – writing for myself or someone else – lyrics as a priority is never going to change for me,” expressed by the songstress. Also in the same year she was signed by BLG Music Group’s 111 East Records, where her EP “Living In The Music” was released and debuted #1 on Amazon’s soul charts. The EP received consistent radio rotation on more than 20 radio and internet stations in both the U.S. and International markets. Her sound was recognized by those in the United Kingdom, France, Germany and Japan. In 2011, she was recognized in the Washington D.C. tri-state area by former founder and CEO of Uptown Records, Andre Harrell, for his soul superstar search, where she was a finalist in the competition.

She also was a finalist the same year as well in the Budweiser’s Opening Act competition in Philadelphia. Both competitions helped catapult her career in the music industry.

Currently, Dionne is in preparation for the release of her highly anticipated new album entitled Helium, which in relevance means expanding the possibilities – as this is the focal point for creating this album. As she states, “That’s what this project is doing for me personally and musically. It pushed me to extend myself. My first project was an experiment of being ‘unrealistic’ and ‘living in the music’ that brought surprising dividends. With Helium, I’m maneuvering this musical hot air balloon to all the places I want to go, and also trusting it to guide in concert with the Universe.” Her lead single from the album is “Swim Around”, which describes her resolution when faced with life’s greatest challenges. “I hope it inspires people to see their challenges and move through them,” says Dionne. Helium features notable producers: Ty Macklin (India Arie, Noel Gourdin and Erykah Badu), Maurice “MoDigga” Randolph (Raheem DeVaughn and Cheryl Pepsii Riley), Tony Ballard (CommonFolk, Rickey Smiley Show Theme), Ahmed Sirour (Eric Roberson and DJ Spinna) and David P. Stevens (Frank McComb, Gerald Albright and Carol Riddick). Musicians featured on this album include: King Robinson, Jr. (on drums), Kevin Arthur (on bass), Drew Zaremba (on saxophone), Michael Campagna (on trumpet), Alan K. Green (percussion) and Allen Cato (on guitar). Helium will be released June 27, 2014, and will be available on Amazon and iTunes. 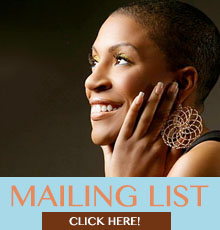